The Old World. On the surface, it is a vast and fertile place, but a shadow hangs over the world, cast by the dark, corrupting hand of Chaos.
Post Reply
1 post • Page 1 of 1

Shesheyan mentioned Necromunda in my Are any Wargame rules good for tabletop RPGs? topic.

An underworld of corrosion. A kingdom of decaying metal. A realm of outlaws, bounty hunters, thieves, and gunslingers. In the underhive, gangs go head to head in running battles over territory, over credits…

…and over grudges that have lasted generations.

Necromunda: Underhive is a game of brutal gang warfare in the Warhammer 40,000 universe, pitting rival gangers against one another in a bitter fight for dominance and power.

So it looks like this is a sub-setting of the Warhammer 40,000 universe to me. 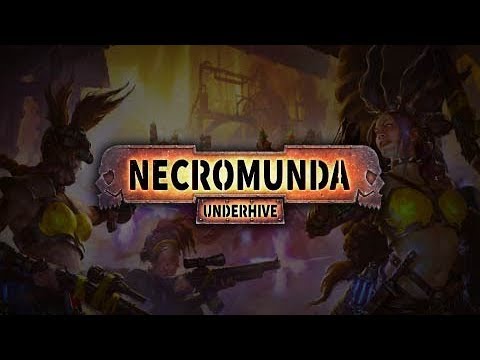 There is more detail on the Setting page of Necromander.com:

What nightmare are these hive worlds?

In these places where man has been allowed to grow unchecked, teeming billions infest the vast hive cities. Even here the press of humanity is not strong enough to turn back the madness, or deflect the distaff forces of Chaos, heresy and death. Life is cheap. The bullet and the grenade are kings. Neither day nor night touches the billions of souls trapped in this nightmarish world. For them, there is just the unblinking septic gloom of ancient fluorescence. The putrid atmosphere of the underhive is stained with the dark patina of age. A brown haze fills air which has been recycled a million million times and offers the inhabitants but the meanest measure of life it can without choking them.

Beware the shadows of the hive, where only the strongest endure… 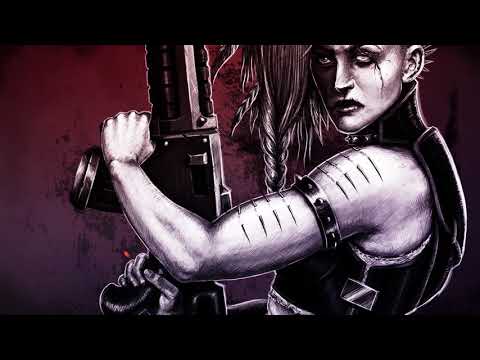 Empire in the Stars

The Imperium of Mankind stretches across the galaxy, encompassing over a million habitable worlds and untold billions of the Emperor’s subjects. It is the most extensive and populous empire that has ever existed in the history of humanity, and it is ruled as it has been for the last ten thousand years by the Divine Champion and Protector of the human race, the God-Emperor of Mankind.

The Emperor has long since ceased to live in any normal sense. Ten thousand years ago, following His titanic battle against the rebel Warmaster Horus, Primarch and Arch-champion of Chaos, His mutilated and barely-alive body was installed inside a sophisticated life-support machine known as the Golden Throne. The Emperor can no longer speak and it is doubtful if He comprehends events which take place in the material universe, as His powerful mind stalks through that nefarious region of pure energy known as the Realm of Chaos, staving off the enemies of Mankind. The actual administration of the Imperium is therefore undertaken by a vast bureaucracy known as the Adeptus Terra – the Priesthood of Earth.

Hive worlds are planets whose industrial output, while technologically far cruder than that of a Forge World of the Adeptus Mechanicus, nonetheless feeds the Imperium’s unquenchable hunger for base manufactured goods. They utilise vast towering metal cities intended to maximise the exploitation of both natural resources and manpower, and invariably, the surfaces of such worlds are polluted wastelands, ashen plains made barren by generations of mining and used as dumping grounds for the toxic byproducts of industry. Their populations are densely concentrated, their lives a short and miserable toil unless they reject it entirely and throw in their lot with the numerous gangs and other outcasts that exist in the cracks.

The World of Necromunda

Founded long ago in the depths of the Dark Age of Technology, Necromunda was brought into the Light of the Emperor by the Imperial Fists Legion during the Great Crusade. It is said that the ash wastes from which the great hives rise are a by-product of the devastation wrought upon the world during its brief defiance of the coming of the Imperium, but the truth is lost beneath the toxic plains.

Necromunda is a world of mines, factories, refineries and processing plants. The planet is a vast powerhouse of industry, making thousands and thousands of different items for use throughout nearby planetary systems, and nothing which can contribute to the planet’s output has been left untouched.

Necromunda is host to several thousand hive cities, some vast in scale and home to billions, others decrepit and populated only by the dead. Below a hive’s functioning levels lies a honeycomb of ancient domes, tunnels, ruins and structures from Necromunda’s long-dead past. These ruins lie at the very bottom of each city, below the clan-dominated manufactory zones and the ash wastes: they are the undercities, the oldest and deepest parts of Necromunda’s hives.

These undercity zones – called by most the ‘underhive’ – often predate the construction of the hive above by many centuries, even millennia. They are remnants of Necromunda’s true cities, built before the planet’s natural ecology was destroyed, when there were no encroaching ash wastes, and it is quite possible that the remains of the colony vessels that first brought Mankind to the planet still lie beneath some hives.

Necromunda is ruled by a small number of factions of incredibly wealthy and powerful bodies known as the Great Houses. The Great Houses are primarily investors – they make nothing and provide no service. Subservient to these are the Clan Houses, who maintain the vast manufacturing base of Necromunda. Every House has its own cultural traditions, distinctive linguistic traits, codes of dress and behaviour, as well as unique concerns and aptitudes. Though distinct and often antagonistic towards one another, the Houses are also interdependent upon one another for the provision of specific and rare items or services.

Wars of the Underhive

The underhive lies beneath the hive cities, beyond the laws of House and hive. Its depth varies from a few hundred metres to several kilometres, and its extent is neither constant nor strictly delineated, the crumbling margins of the hive above simply melting into the upper zones of the underhive. It is a no-man’s land: the Badzones… downhive. Here an individual can make a new beginning or come to a sudden end, and everyone knows there are fortunes to be won in the depths for those willing to take the chance.

It looks like the actual Necromanda setting (in the Underhive) is very much isolated from the rest of the Warhammer 40,000 setting. I suppose it is more integrated with Warhammer 40K than Dragonlance, Greyhawk and Forgotten Realms are integrated with Spelljammer. I guess that people in the Underhive would know something about the Empire in the Stars.