"And Darkness and Decay and the Red Death held illimitable dominion over all." — Edgar Allan Poe
The Book-House: Find Masque of the Red Death products.
Post Reply
1 post • Page 1 of 1

In 1981, TSR released a board game called Vampyre set in Transylvania, inspired by Bram Stoker's Dracula. I only learned of this today when I was making the list of D&D based board games. I included Vampyre because even if it predates Ravenloft, it does seem like a hint of what to come. It also seems to lend itself particularly well to Masque of the Red Death. There is even a really cool map that is the basis of the board game: 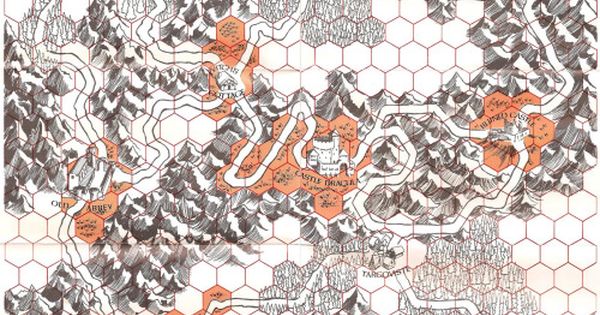 There are more details about the game and a full map in this article over at Tim Brannan's Other Side Blog.

Do you think this whole board game could be turned into a MotRD scenario?

-Havard
Aliases: Håvard Frosta, Havard Blackmoor, Blackmoorian, Dragon Turtle etc
Where to find me on the Web
The Comeback Inn - My Blackmoor Forum
The Blackmoor Blog
THRESHOLD Magazine - The Mystara Fanzine
My Articles at the Vaults of Pandius
Moderator of the Mystara, Blackmoor and Thunder Rift forums.
My moderator voice is GREEN.
Top
Post Reply
1 post • Page 1 of 1

Return to “Masque of the Red Death”