MAY THE 4TH BE WITH YOU!

'A long time ago in a galaxy far far away...maclunky!" Discuss the Star Wars campaign setting, as it relates to pen & paper RPGs, here.
Post Reply
12 posts • Page 1 of 1

MAY THE 4TH BE WITH YOU!

What are you doing to celebrate the Force Day 2018?

Well.... I just started a play by post campaign based on RPGA Network Living Force

Seems my Chewy post was moved to a separate thread... oh well.

In preparation for May The Force a Canadian tv cannel did a survey asking us which SW movie was their favorite. Without any surprise Episode V, Empire Strikes Back, had the most votes. I watched a portion of it but fell asleep during the Dagobah scene with Yoda...
Top

I did take out some of my old D6 Star Wars collection, but that's all I had time for. No gaming or movie watching sadly.

This year the 4th of May was too saddened by the loss of Chewbacca to celebrate....
I'm the Real Nowhere Man, sitting in my Nowhere Land,
making all my Nowhere plans for Nobody.
Top

What are you doing on May the 4th this year, that is a really complicated year?

Working like always, trying to see if the vet is open so I can replenish my cat's kidney support food*, playing 1E AD&D on Roll20 later in the evening.

* Hey, he's an old man!
Born on 18 March 2001, he is old enough to vote (tried last year, but they are prejudiced against felines or something.

).
Catapultam habeo. Nisi pecuniam omnem mihi dabis, ad caput tuum saxum immane mittam.
"I have a catapult. Give me your money or I will hurl a large rock at your head".

We assaulted an Imperial bunker to use for May the Fourth.

Sabine, Rex, and a group of Rebel soldiers assaulted it to try to get C-3PO back. The fighting was fierce! But the Rebels were undaunted. Eventually they cleared a path to the door. Artoo let them in. Now that they have made it inside, they will have to find and rescue Threepio. 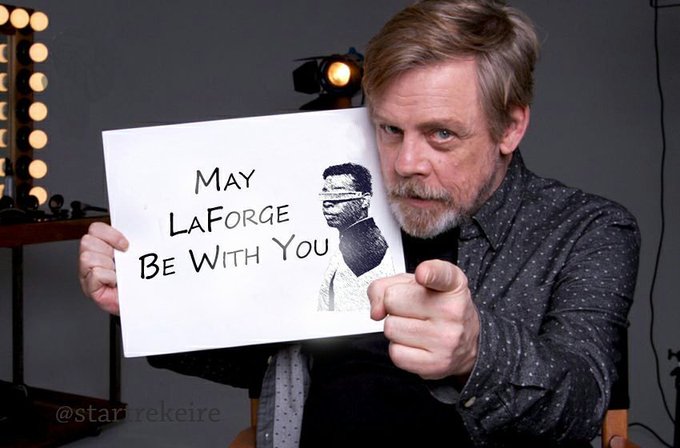 I dunno if that one's photoshoped or not.

And I can totally see Hamill doing that, the snarky bugger.
Top
Post Reply
12 posts • Page 1 of 1