A friend of mine, called Marcin just came up with an interesting idea for an Al-Qadim campaign:

Marcin at the Al-Qadim group on Facebook wrote:You can trick players by reversing 13th warrior plot and have "classic fantasy" heroes brought into arabian setting!

Here is the trailer for The 13th Warrior, for anyone who has not seen this awesome Arabian/Viking movie: 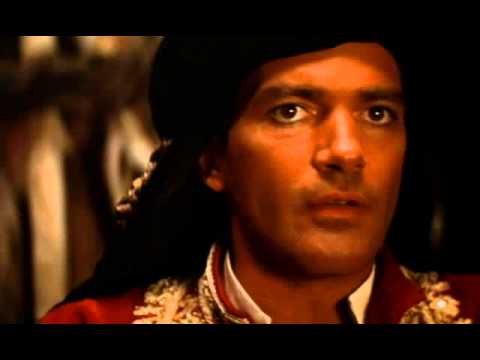 That makes me think of a Viking longship arriving in Zakhara...although I don't think that is what he intended.

Here are a few articles online about real-world Vikings meeting real-world Arabs: I don't think I've seen any longships in Forgotten Realms art. Are there any people in Faerûn that would be a good replacement for Vikings?

Big Mac wrote:Would it be possible to do anything with this sort of campaign...other than have it descend into warfare?

You could have Odin (or some similar god) send the Vikings on a quest. With just a single longship of Vikings, they would recognize that they'd quickly be defeated, and would instead work with the Zakharans.

I think there is a culture in the northern parts of the Moonshae Isles called Illuskan or Northlanders which are basically Vikings or Medieval Scandinavians. I think they may fit what you are looking for.

In our real world, contact between Scandinavia and the Middle East predate the Viking Age by several centuries, but before the Longship technology, such contact was most likely limited to trade with intermediaries. The Longship technology and sophisticated navigation techniques allowed the Vikings to traverse the North Sea and explore distant realms like North America and the Middle East.

My take on this is "The Seventh Sailor can be no Zakharran!"
That's all I've got, but I've had that much kicking around my brain for a few years.
Top

The movie was based on the much-better book by Michael Crichton called Eaters Of The Dead, which in turn is a variant on Beowulf.
Top

I think there is a culture in the northern parts of the Moonshae Isles called Illuskan or Northlanders which are basically Vikings or Medieval Scandinavians. I think they may fit what you are looking for.

Indeed that would be our closest Viking counterpart.
Roleplaying is not a Hobby...it's a Way of Life.

There is a Viking longship in Hawa in the box Corsairs of the Great Sea. The captain's name is Rolf Trygveson, a human male level 8 figher from Icewind Dale. From the description, and from the fact that he's from Icewind Dale, he does sound like an Illuskan to me.
Top

There is also a Spelljammer dragonship in Hawa ♥
The captain is also from a distant part of al-Toril, he's from Hai Yuan. He has returned to al-Toril (or as outworlders call it, Toril) after a stint in space.
Top
Post Reply
8 posts • Page 1 of 1